In the latter part of the 1950s thru the mid 1960s, Warner Brothers and ABC dominated the TV airways with their western and detective shows. One of the hallmarks of the shows was cross-promotion.  The detectives regularly helped each other out or moved to a new venue when their own series was terminated. New Orleans (Bourbon St. Beat), Miami Beach (Surf Side 6), Hollywood (77 Sunset Strip) and Hawaii (Hawaiian Eye) were all on the Warners back lot anyway.

The leads from the westerns didn't move around quite as freely, but they ran into each other from time to time. E.g. we saw Deputy Johnny McKay (Peter Brown) testify in "The Trial of the Canary Kid" on Sugarfoot. Maverick had a cameo-loaded episode in 1960 "Hadley's Hunters." They got the whole posse together for some publicity shots. Clint Walker (Cheyenne) is missing from all but the first, shown above.  The others may have been taken when he was involved in his contract dispute; he may have been added into the first picture separately. Strictly speaking, none of Warner's characters were "cowboys," not a cow puncher among them, although a few might supplement their transient lifestyles with an occasional ranch job. Dan Troop and Johnny McKay were Marshal and Deputy Marshal, the Maverick brothers were gamblers, Christopher Colt was a gun salesman/government agent, Tom "Sugarfoot" Brewster was an aspiring lawyer, Bronco and Cheyenne had various occupations, lawman, scout, surveyor, etc.

This photo appeared in many venues including a Western TV Magazine. Look closely at Peter's right leg.
His gun discharged prematurely leaving powder marks on his pant leg. Even blanks have some punch.

This photo illustrated a feature in the May 1959 issue of Photoplay magazine: "The 7 Most Wanted Men Talk about What's Nearest and Dearest to Them - The Horse In My Life." The feature was a collection of truly awful poems about horses each attributed to a different character. But thanks to Peter Brown fan Beverly Jatsko from Long Island for sending it.

This picture is from the 1959 issue of the annual magazine Television, Radio & Records. Will Hutchins was bisected in the original.

The Oct 31-Nov 6, 1959 issue of TV Guide featured this pictorial of the "products" (westerns and detective series)
of Warner Brothers Vice President William Orr, executive producer in charge of television. 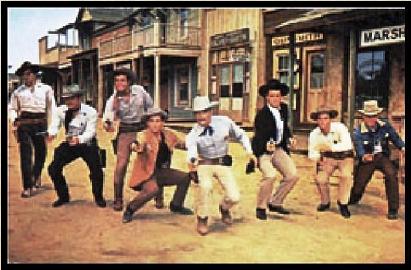 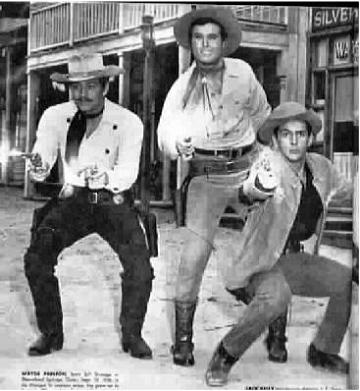 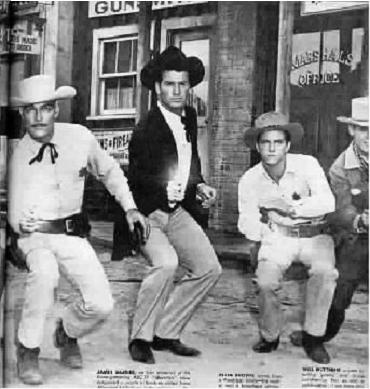 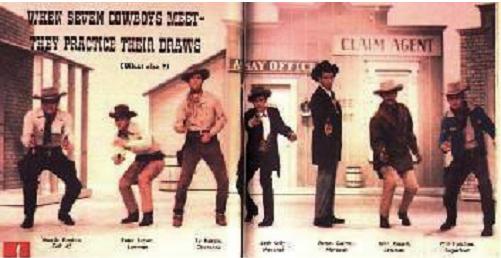 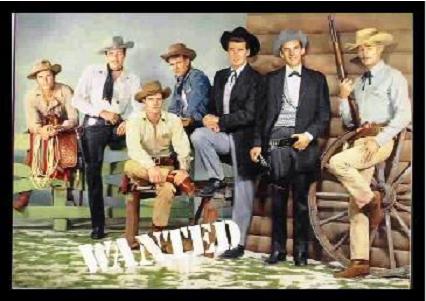 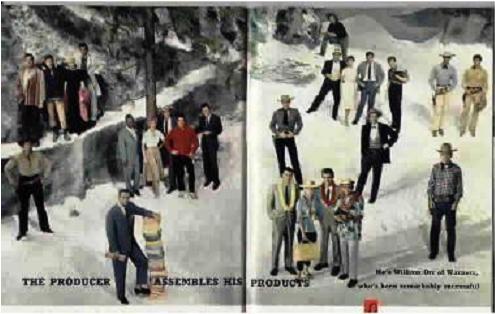 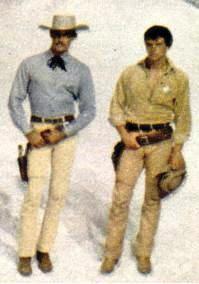 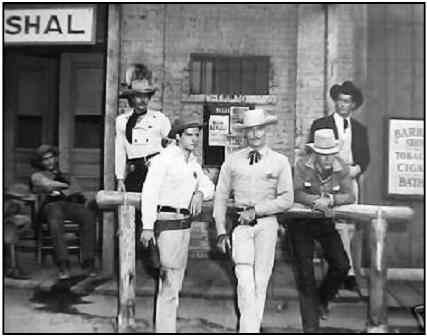 Alternate pose from the same photo session as above.