"Handsome actor, Peter Brown, star of the "Lawman" and "Laredo" television
series has always been an ardent supporter of Kanab City's activities and Peter
has been a popular guest star at many of the "Western Legends" film festivals.
His many roles in such films and T.V. shows as "Cheyenne","Maverick", "A
Tiger Walks", "Ride the Wild Surf" and "Darby's Rangers" have made Peter
instantly recognizable wherever he travels. Peter still acts and also now writes
and produces western screenplays.

Hollywood's "Walk of Fame" has hundreds of the famous and near famous enshrined in brass and concrete, each with his or her star set permanently in the dusty sidewalks of Hollywood Boulevard. 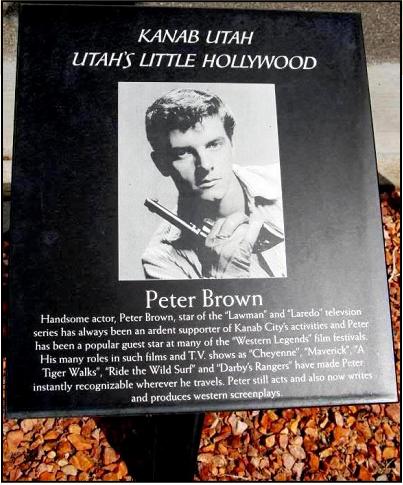 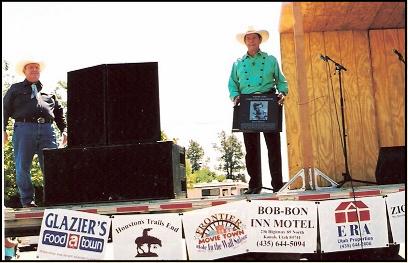 In 2007, the year when he served as Q and A panel moderator for the first time, Peter was presented with his marker that would later be mounted on the "Little Hollywood Walk of Fame." Thanks to Kerstin, Peter's wife (then lady friend), for the photos.

Well. . .Utah's Little Hollywood, Kanab, has its walk of fame, also-dusty it may be, as well, but it's the red dust of the old west. The greats who filmed movies or television in Kanab are honored with their own special "Walk of Fame." Ronald Reagan, producer Howard Koch, Tom Mix, Ben Johnson, and the entire cast of Gunsmoke are found immortalized on the streets of Kanab. Among other plaques are those honoring Glenn Ford, Chuck Connors, George "Gabby" Hayes, Jim Davis, Whitney "Whit" Parry, Lex Barker, Peter Ford, Denny Miller, Ed Faulkner and many more. 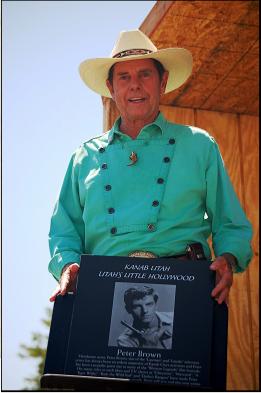 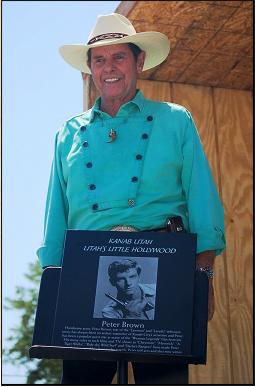