The annual Western Legends Roundup, experiencing the old west "the way it was," is generally held in August in Kanab, Utah. Thanks to Kerstin (Peter's then lady friend, now wife) for all the photograghs.

A reporter from the local newspaper did an interview with the stars at Perry's Lodge on Wednesday morning.

Earl Bellamy, left (with Bob, Peter and Alex),
received this plaque on Thursday

Autograph sessions on Friday and Saturday

Peter and his (then assistant, later) wife Kerstin

After the parade, Robert Fuller received his plaque on the sidewalk.
Don Collier, Robert Hoy, Bob, Peter and Alex Cord 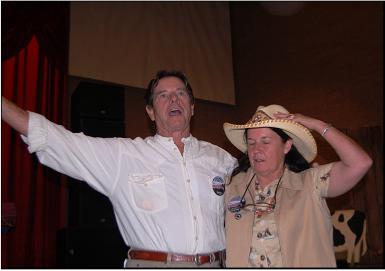 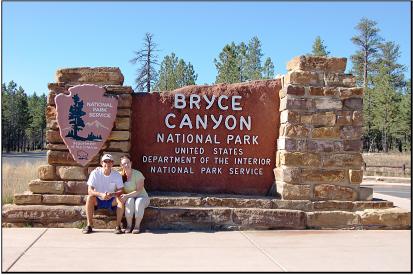 Peter stops to admire the scenery on the way to Kanab

On the way home, Peter and Kerstin stop at Bryce Canyon National Park 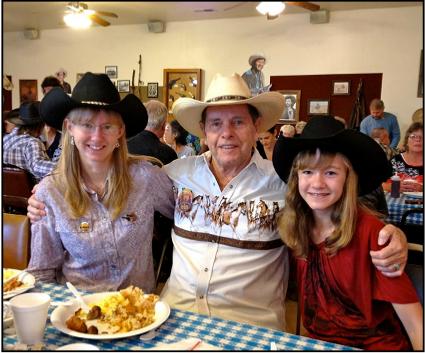 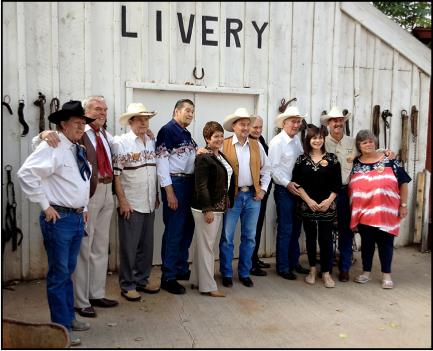 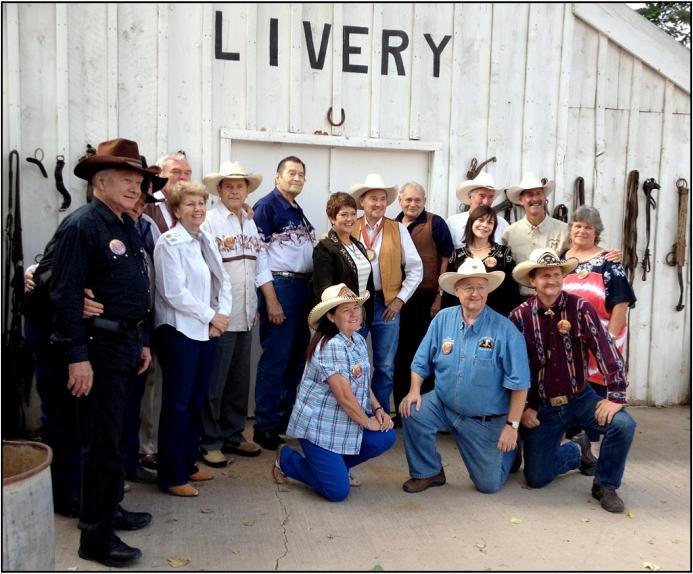 The traditional group photo with Governor Herbert (center in vest), his wife (to the Governor's right)
and Bonnie, the event organizer (kneeling in front)

Although it was hot, Peter's wife Kerstin reports that she and Peter had a great time. The Governor of Utah, Gary Herbert (who Kerstin says was very nice), and his wife Jeanette flew in specifically to meet the stars. 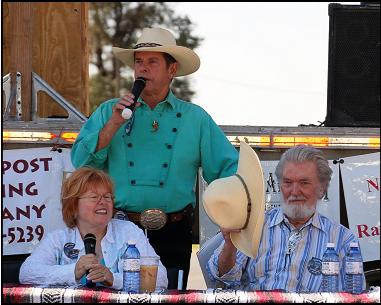 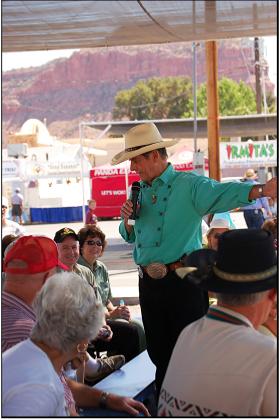 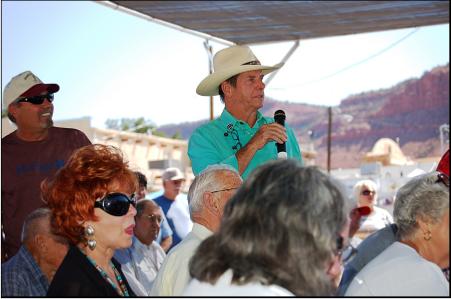 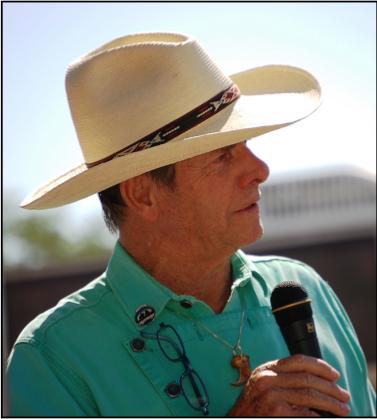 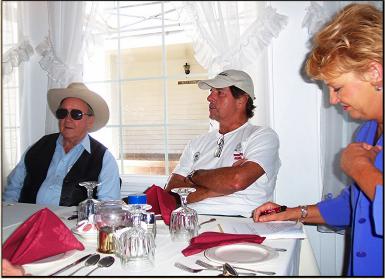 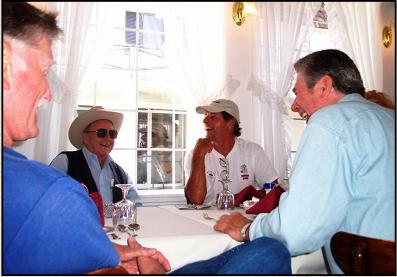 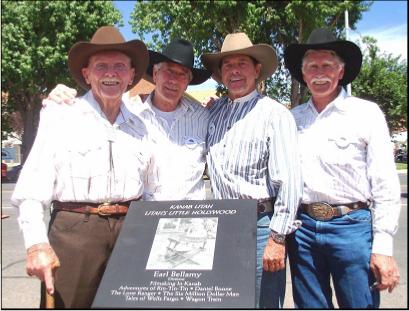 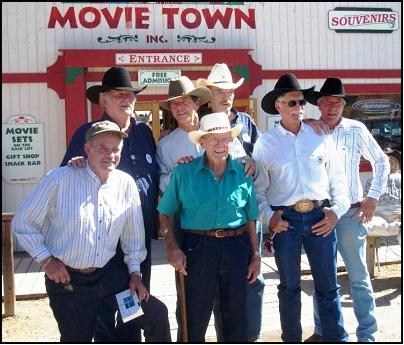 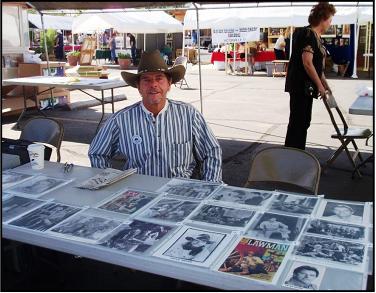 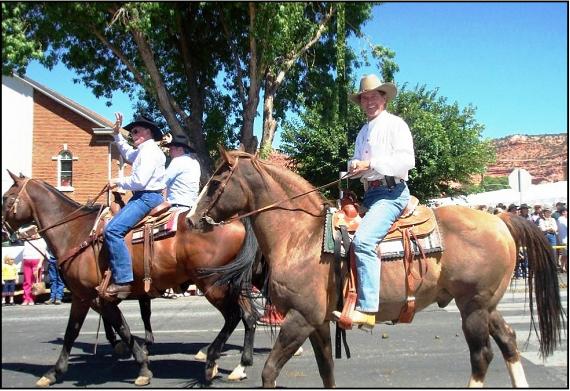 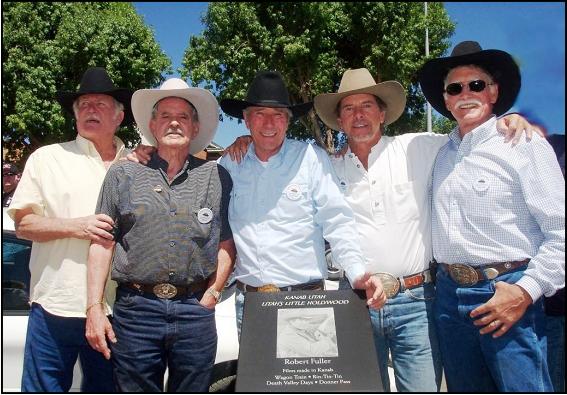 For the first time (of several times), Peter served as moderator for the Q and A panels. Also during this event, Peter was presented with his marker on the "Little Hollywood Walk of Fame." 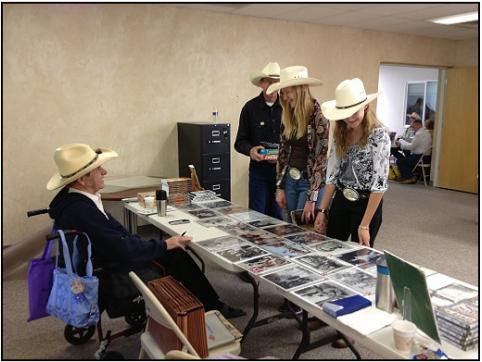 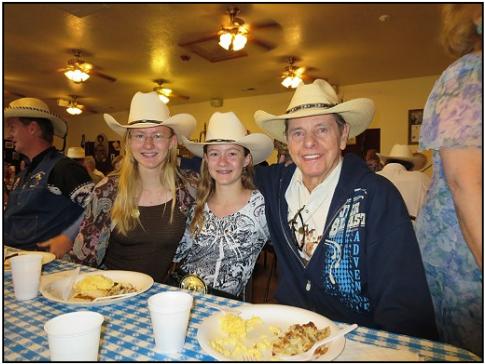 Due to heavy rain storms, the event was held inside this time.

These two young ladies are amoung Peter's most dedicated
young fans. They also came to see Peter in 2012. 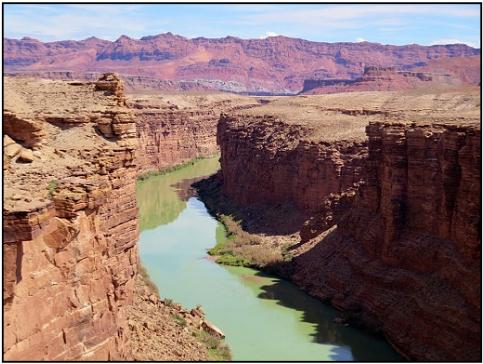 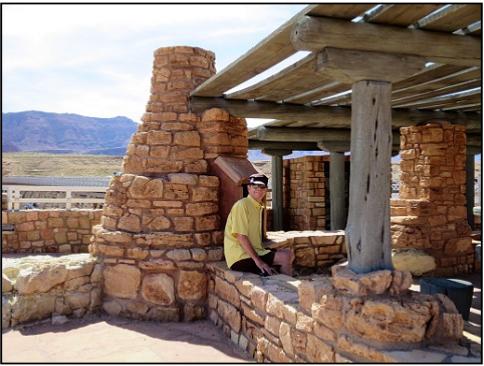 Peter's wife Kerstin provided all four photos. She took these two during their drive up from Phoenix crossing the Colorado River.

Peter and his young lady friends at the
"Breakfast with the Stars."